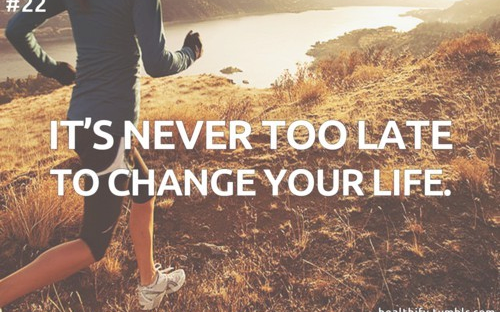 As a Beachbody coach, I have come across plenty of people in their 40’s and 50’s or above who are trying to lose weight and get healthy. Your age shouldn’t be a limitation. In fact, we gave my grandmother a Beachbody fitness program for Christmas this year! If you can move around, you can exercise at any age. Just modify the moves, it is as simple as that! Only do what you can, only go as low as you can, and start by using light weights in the beginning of your journey and work your way up.

Just ask the many people who start in their 40’s or 50’s or sometimes even later than that, or the many people who were obese when they started their journey. These people may have thought that they were too far gone to ever lose the weight again! In my opinion, the hardest part is the first few weeks to a month. During that initial timeframe, it is almost more of a mental challenge than a physical one. Of course your body will be challenge, but you have to get over the “I can’t do this” mentality before you can be successful.

Like I mentioned above, you just have to modify the moves and do what you are capable of doing. When I started there were certain exercises I simply had to skip because I lacked the strength to do them safely. There were many exercises that I had to complete using the modified version. Plus, I would have to pause the workout a BUNCH to get a drink and calm my heart rate down a bit. It was a struggle, but I just told myself that I could do it, and so I did. Over time I got better and better, I could do more exercises the regular way, I could finally do the moves I previously had skipped, and I found I didn’t have to pause the workout nearly as often.

I am not saying it will be easy to change your mental mindset, because it won’t. It will be a challenge, but what doesn’t challenge you, doesn’t change you! You won’t regret the changes that take place once you make these life changes, but you may regret it if you don’t.

Click Here if you are ready to make these changes now.